Senior Michael McCraith was selected as a First Team All-CCIW performer in baseball.

McCraith, a First Team All-CCIW honoree for the third-consecutive season, was second in the the CCIW this year with a .211 opponents' batting average in league contests. His four victories against CCIW foes ranked fourth in the CCIW. He posted a 3.06 ERA in CCIW action this season, with 33 strikeouts in 35-1/3 innings of work. He posted two complete games in his five CCIW starts, including one shutout.

Overall this season, McCraith posted a team-best 2.88 ERA in 68-1/3 innings over 10 starts. He struck out a team-best 81 batters this season and held opponents to a .215 opponent batting average allowing only 10 extra-base hits all year. 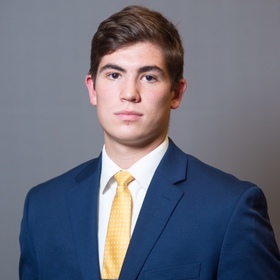