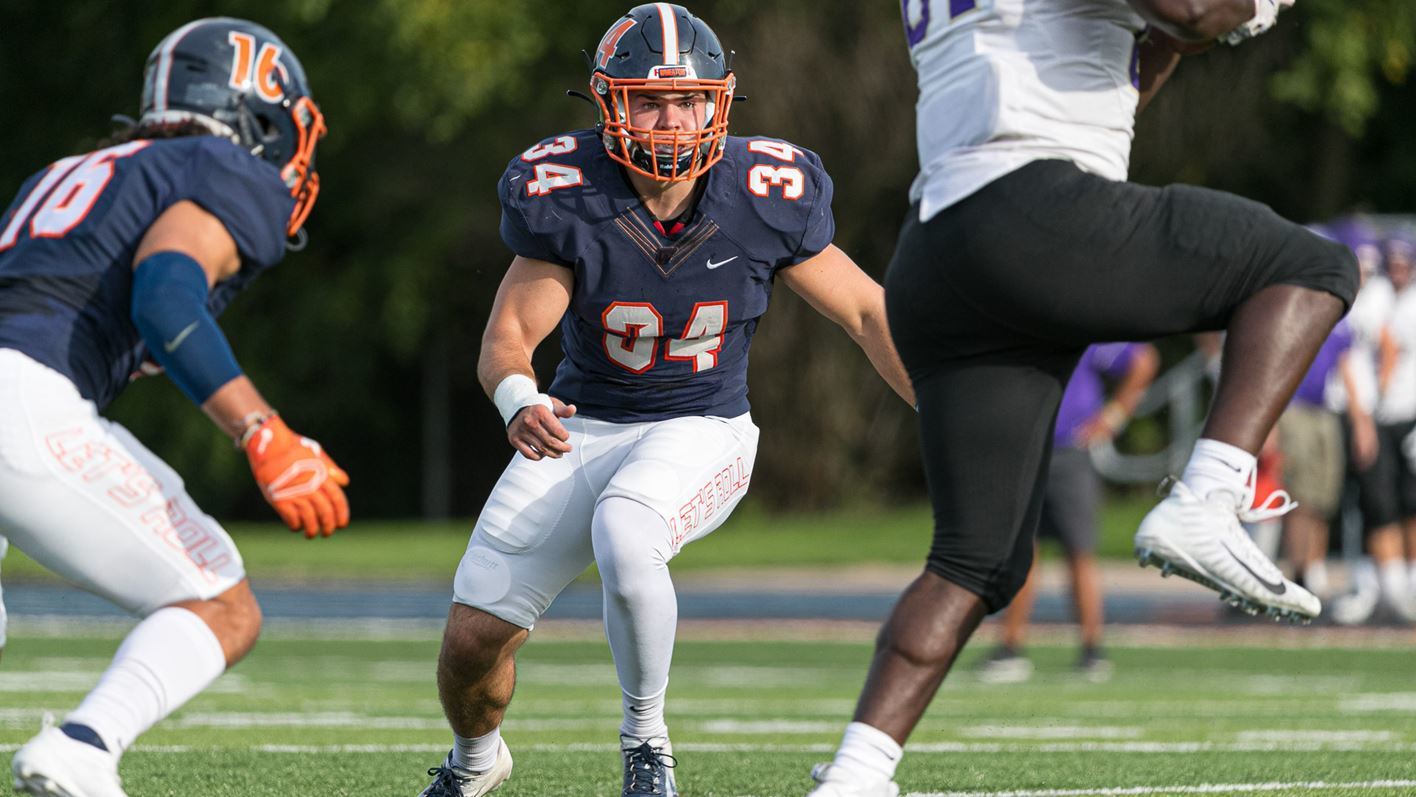 Schwartz was the leading tackler for a Wheaton defense that held Illinois Wesleyan to to just 151 total yards in last Saturday's 24-10 victory against the No. 17 ranked Titans. Schwartz's 11 total tackles was a team-high as was his eight solo tackles. Schwartz and the Thunder defense held the Titans' offense to just 2.6 yards per play on 57 plays.

Click the students’ names below to read their stories:
RS
Ryan
Schwartz